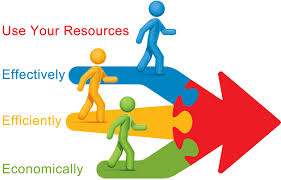 One aspect of commercial life that has always annoyed me is the habit of some project managers to refer to people as “resources”. It’s a wonderfully dehumanising phrase that lumps human beings, with their thoughts, feelings and aspirations, into the same category as steel ingots and rebar, to be shipped around as required by an unfeeling bureaucracy.

That same disconnect is now creeping into opinion pieces as they struggle with the Modern Money reality we live in. Ross Clark’s article today has the classic attempt at rebuff:

But while you can print money, you can’t print resources

Then further down the article

What will we think of lockdowns when we have several million unemployed, and public services are having to be slashed to stave off our creditors?

The usual lines, of course, all without putting two and two together and realising that the unemployed are the resources that back the money that is created.

If nobody else is using these people, they can be hired for the public good. Besides, the government is morally obliged to hire them since it is the policy of the government that has made them unemployed.

In aggregate, the only way the government can get rid of all these workers is if the private sector hires them. Otherwise we end up paying public workers to do nothing rather than paying them to do something. And that makes no sense.

We have spent the best part of a year paying a good deal of the country 80% of their wages to remain on standby. The creditors to stave off are nowhere to be seen. There is no shortage of stuff on the shelf. How many more billions of Gilts do we have to sell at near-zero redemption yields? Surely by now, it should be clear that the old mental model is just a laughable anachronism.

Perhaps the mental blockage is the horrible realisation that an awful lot of private sector activity adds about as much real value to the economy as a government furlough payment.

The task of the private sector is to invest capital and replace drudgery with advanced machinery. As we can see this year, it’s well on its way, which is something that should be celebrated and encouraged.